Symbiosis on the Razr's edge 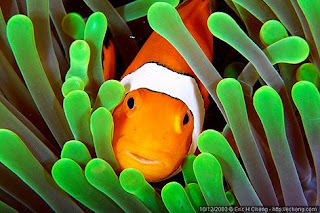 Motorola, needing a real shot in the arm after a bad fainting spell, has decided to shut some windows and seek symbiosis with Android.

This is a bold move in an ocean with many predators, such as Bruce the Shark, Palm the Pre, Black the Berry, and Apple of my Eye-Phone. So Mota the Fella is going with Andy the Droid. Is this Friendly Connect an act of symbiosis, or a good move for survival? Pink the Zune-Phone could also ask for a ticket to the deep-sea party !

Mr. Softy seems to be enjoying the attention it is getting around this space as well, with Windows 7 getting some attention, and obvious connections to Windows 7 Mobile - what will that be?

Nok! Nok! Who's where?
Posted by rajat.mukherjee at 5:39 PM No comments: 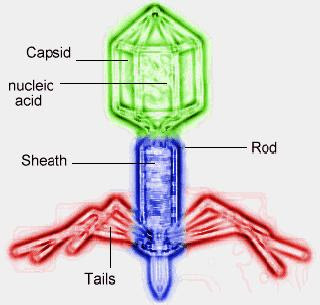 As the swine flu spreads, there are discussions around pandemics and possible impact on world populations. Apparently, the Spanish flu was the worst pandemic of the 20th century (40% infected in 1919-1920) - as quoted:

The WHO estimates the Spanish flu resulted in upwards of 50 million deaths -- or more deaths than those during World War I. A virus as severe as Spanish flu has not been seen since.

I'm seeing the direct impact of a different kind of virus - this last weekend, a virus attack was directly responsible for my acting irrationally and removing an important system file from my computer, causing it to now be in a coma!

True - now is not the time to compare the effects of human and computer viruses (i have no intent to trivialize the situation), but the parallels are frustratingly similar. You can have a sick computer, which causes lethargy, or you can have a virus take a bad turn, and incorrect treatment can cause death! There are medicines, but some medicines are not yet in action, which makes us reactive - sometimes it is just too late! Specific human antibodies could possibly have prevented the outbreak of the swine flu...but they're not yet out there! What if my anti-virus program was updated on my computer, or the evil search engine results that I visited over the weekend for music lyrics were marked with a big red spider?

If only I had the Windows XP setup disk, this would be a quick "injection" fix! Unfortunately, thanks to software piracy, only OEM disks are made available (and mine just *happens* to be incompatible with my machine - why...why...why??).

A drug not available the only time it is required! Exactly like the shortages in the flu vaccine a couple of years ago!
Posted by rajat.mukherjee at 11:10 AM 2 comments:

Spam is killing the planet!

Spam is killing planet earth! According to a study by ICF International, provisioned by McAfee, Spam email every year costs us a lot in terms of time, productivity, and ... carbon footprint!

...the estimated 62 trillion spam e-mail that get sent each year consume 33 billion kilowatt hours of electricity, enough to power 2.4 million homes. In addition, spam e-mail releases as much carbon dioxide into the atmosphere as 3.1 million cars consuming 2 billion gallons of gasoline. - ICF International

While the specifics of the study are a little wispy, and the actual numbers are being questioned, there is merit to the attempt by McAfee to change the thinking around such disruptive processes that sometimes accompany technological progress. Everyone is impacted by Spam, so this is relevant to the real world. I'd expand spam to cover spammy phonecalls, and spammy SMS messages (I was barraged by these when I borrowed my mom's Vodafone cell phone in India).

There are other environmentally wasteful advances, such as standby power in appliances, but it can be argued that they provide some value. Spam, unlike these, is clearly a negative. (I guess they do provide value to the perpetrators :-( )

This carbonic approach to reporting is obviously beneficial to McAfee, so it should be taken with a pinch of salt. Other dubious environmental claims have also been made by black search engines, only to be debunked, so it is always good to put things in perspective.

Separate the wheat from the chaff, and spam from email!!
Posted by rajat.mukherjee at 6:54 PM 3 comments: Spring hits Silicon Valley! Pollen is in the air and tears are in the eyes! The courtship is rejuvenated! Microsoft and Yahoo! are flirting again, trying to find something that unites them...or at least brings them closer.

On display! No more ruffled feathers!!

The affection for display is foremost on the mind. The little steps have been taken - the meeting of the minds is happening, and the emerging common ground seems to be Yahoo! doing display ads and Microsoft doing search ads. What will happen when these two worlds collide in the future (searchplay)?...and who's doing the searching? Yahoo! or the new Microsoft Kumo?

Maybe this is just a little first step to making up. Then, they'll be buying popcorn and going to the movies together!

Well ... the last time this did not turn out too well, and we've all seen how aggressive the big blue bird can be!

Who has the stick this time?
Posted by rajat.mukherjee at 7:40 PM 3 comments:

When people say knowledge is power, you are allowed to smile cynically!

It is a well known fact that the Indian Parliament has a huge percentage of "leaders" with criminal records. As quoted in The campaign for No Criminals in Politics:

In 2004, about one in five MPs had criminal records, including some with charges of heinous crimes such as murder, rape, dacoity and kidnapping.

These are the people in power bringing India into the 21st century! (-OR- is India developing in spite of them?). What's a little tax evasion compared to this?

Google just launched a website for the upcoming 2009 Indian elections, and if "knowledge is power", we have the power. Check out the details on each of the politicians contesting the elections. Check out the "Criminal Record" field for your favorite neta :-) my screenshot is for one of the most decorated of them - Lalu has featured at IIM, Harvard and Wharton as a turnaround king for the Indian Railways!

Obviously, a little "criminal record" isn't much of an embarrassment, let alone a barrier to entry! The question is - who has the real power? What does knowledge buy us?

How do you root criminals out of politics? If you did, who would turn the railways around?
Posted by rajat.mukherjee at 2:37 PM 4 comments: 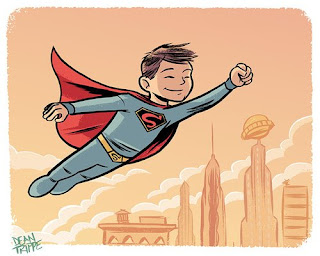 A 2-day old baby who can support his own body weight? Deer me!

This was first reported in Germany in 2004, and more recently, little Liam has been the subject of attention, doing the iron cross at 5 months, showing ribbed abs, and displaying high metabolism and low body fat.

While drugs to help muscle-building can obviously benefit patients of various diseases like muscular dystrophy, cancer and AIDS, this phenomenon could change the world of athletics, in a very funky way.

The questions are more profane than answers - the GATTACA considerations a-plenty! Should such super-babies be allowed to play professional sports? Should they be disallowed? Is this the new super-steroid? Should we agree with Carlos Santana and legalize marijuana?

And this is not the result of rocket-fuel being found in baby formula!!
Posted by rajat.mukherjee at 11:23 AM 2 comments:

In the ebbs and flows of Silicon Valley, we just hit another nadir - Silicon Graphics, high-flyer in the past, is history, selling its assets for a paltry $25M to Rackable systems.

Once boasting the only high-end graphics power to be able to render high-end graphics jobs like Jurassic Park, a great campus that now houses Google, and the coolest workstations like Steve Jobs' NeXT, it is indeed sad to see the banner come down on this company, like Michael Crichton wrote into the last scene of Jurassic Park (When dinosaurs ruled the earth!)

Was the T-Rex already on campus when Google moved?
Posted by rajat.mukherjee at 10:48 AM 2 comments: