No texting while driving!


In July 2008, hands-free was mandated as the legal way to engage with a cell phone in a car, and I made the case that it was a worthwhile law since human brains aren't really good at multitasking.

I assumed then that it meant that texting was forbidden while driving - ha ha! Today, as I drove in to work, I saw an electronic billboard on Highway 85 saying "No texting while driving come Jan 1" - It sounded like a joke to me, until I read about the new law! I guess people need to be told everything explicitly, like in kindergarten!

So - maybe we should pass some more laws, and they will actually be followed:

While we're at it, here's some more -
"No taking huge bonus as CEO when your company is going bankrupt"
"No killing people because they belong to a different religion"
Posted by rajat.mukherjee at 10:52 AM No comments: 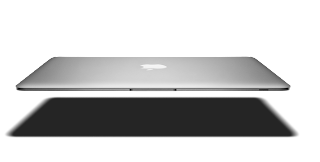 My timing was all wrong - (my timing is always wrong when money is involved :-))

Here, Toshiba is proposing a solid idea at the upcoming Consumer Electronics show - a solid state disk (SSD) drive that can actually solve real problems and move things forward, and there, I own Sandisk stock (that I thought would ride this wave) that's down in the doldrums. This sad, solid state, despite Apple moving the needle with its MacBook Air (which offers a 128 MB SSD at an exorbitant price) and smart phones becoming popular computing devices!

With no moving parts, SSDs are silent, generate little heat, and can handle shocks and vibrations more effectively than standard hard drives. Data-transfer rates can be faster than hard drives, and booting a large operating system such as Windows Vista can be quick work for SSDs. In addition, SSDs consume less power compared to traditional hard drives and are lighter.

Score one for coopetition!

Microsoft and Apple have an interesting relationship!
If Microsoft did not create Office for the Mac, it is not clear if Apple would be enjoying the growing market share for its Macbooks and iMacs. If Microsoft did not invest in Apple a few years ago, despite being the "evil monopoly", would Apple have been in trouble?
Today, even as the Microsoft Zune continues to (try to) compete with the iPod, and there are rumors of a Zune-based phone to compete with the iPhone, Microsoft announced availability of its first iPhone app, SeaDragon, at the iPhone App Store. This application allows iPhone users browse super-large giga-pixel images on an iPhone screen. Users can zoom way out or zoom way in, and access their Photosynth photos.
It will be interesting to see when the Microsoft applications show up on the Android market.
Posted by rajat.mukherjee at 4:06 PM No comments:

Kids are apparently bailing out from school, and the World of Warcraft (WOW) may have something to do with it!  WOW!!

According to the FCC:

You might find it alarming that one of the top reasons for college drop-outs in the U.S. is online gaming addiction—such as World of Warcraft—which is played by 11 million individuals worldwide.

I like a couple of video games on our Sony PS3 (which, it seems, is selling less this year due to the high price point and the economic downturn). My favorite is "Winning Eleven" which is a soccer game. I could not have imagined being able to get crazy playing soccer with fingers!! I can see why addiction to video games or the Internet isn't a stretch - more people online more hours in the day! Now, Sony just jumped into the virtual worlds fray with Sony Home!

I guess with things left unchecked, the kids will just stay HOME!
Posted by rajat.mukherjee at 12:31 PM 2 comments:

Silicon Valley - the next generation!

My 9-year-old is often caught stealing time in front of a laptop. When asked "What are you doing?" he answers, "sending email!". He sends a lot of IMs and email to his 13-year-old brother sitting in the next room :-)

That's the valley for you! When I forward him the soccer tryout schedule, his response - "Thanks pops!" with a funky font! The boys even write a blog - RONRIK - batteries included! Check out this nice poem!

This morning, I was talking about GM asking for more money from the US government to prevent bankruptcy, and the conversation with the 9-year-old goes as follows -

"Papa! You should buy a GM car right away!"

"Why? They could be going bankrupt!"

"Well, these cars could become rare..."

"But you can sell it on eBay for a higher price!"

The smartest of the smart? 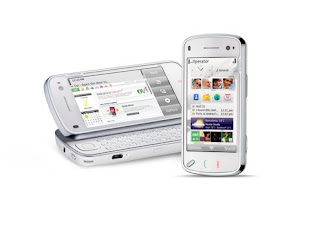 What's in a name?

The N97? Mighty modest for the smartest smartphone on the planet! Nokia could have done better to have given this flagship smartphone a more interesting name - the Nokia Nutcracker?

Seems to look pretty good - it has up to 48GB of memory, a 5MP camera (my iPhone camera sucks) and Flash support, in addition to other interesting GPS, updated maps support, N-gage gaming, social navigation and music - the Nutcracker Suite!

Nokia also completed the acquisition of Symbian, which it will release as an open-source platform, much like the Open Handset Alliance. This, in the same breath as indicating that Linux could be used more in high-end phones.

This expensive arrow has been launched from the east!
Posted by rajat.mukherjee at 3:27 PM 2 comments:

A Gateway to India 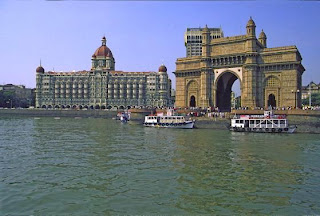 I've too much to say about the terrible terrorist attack in Mumbai, but no real solution to offer.

One thing is for certain - the response to the attack was poor, and that's a euphemism!

Over the weekend, a friend mentioned that the rifles being carried by the policemen seemed the same as what he'd used as a student during NCC (National Cadet Corps) training 20 years ago! That, coupled with the lack of a trained SWAT team for each major city, despite 9/11 and the multiple other attacks over the last couple of years, shows that the political, governmental and security fabric in India is still made of khadi! So much for being a "nuclear power"...

I'm not a proponent of military escalation ...I'm a pacifist- but we're talking about the police and emergency response here! The lack of a proper response has been criticized within India and abroad - but even as the government of Pakistan treads gingerly, one Pakistani take (Mumbai fraud) is pretty outrageous!

Terrorism is not an issue with a lack of clarity on ideology - clearly, an ideology that involves killing innocent people and children is flawed! Despite this, the terrorists have been trained to believe that they are doing the right thing.

The only path forward that I can see involves economic upliftment and education.

Religion is just an excuse - religion is a superstition of society!
Posted by rajat.mukherjee at 12:54 PM 1 comment: