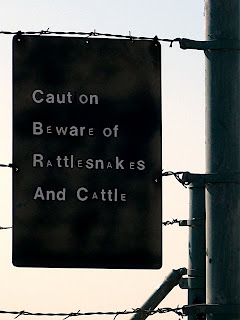 Goodbye, AOL! Today, Time Warner announced a spinoff of AOL, just a few days after Tim Armstrong's interview (watch it here) denying any knowledge of this :-). He did mention a funny incident during the interview that I could identify with - read on...

After he'd handed in his Google badge, he was stuck in the elevator (badge needed for garage access) and had to get out via jumping off a loading dock - an interesting way to exit after 8 years of helping build a company :-)

Reminds me of my departure from IBM's Almaden Research Center. We used to walk around the building at lunchtime - (fantastic campus) and there was a sign (photo above) stating "Caution - Beware of Rattlesnakes and Cattle" - we saw a lot of cattle, but in my 2+ years there, never a rattlesnake.

Last day! I've handed in my badge, and am loading up my boxes into my car, feeling really blue about leaving Big Blue, when I see a small rattlesnake hissing at me - a foot away from my box!! Apparently, younger rattlers are more dangerous, since they don't moderate the amount of venom they inject when striking...

I live on...but will never forget my "Rattlesnake Farewell" from IBM Almaden.
Posted by rajat.mukherjee at 10:40 AM 2 comments:

Mamma Mia - it's all about pizza(gna)! 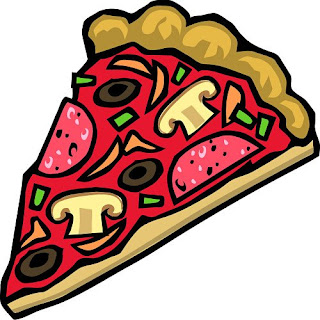 When I talk about Google Custom Search, as I did at SearchMasters, I often use the pizza analogy:

Custom Search allows you to take the slices of the Web that you care about, and put your own toppings on it (customize) - so you can make it caliente, or use a special chicken tikka masala topping on it - have it your way!

So it is only karma that the example we used for illustrating the newest feature -- promotions -- has something to do with pizza! In fact, Pizzagna is an invention of Tom Duerig, one of my colleagues - it is a mashup between Pizza and Lasagna! In Tom's own words:

"What was my vision?" you ask. A pizza with the depth and character of a lasagna. A lasagna that you could pick up with your hand and eat like a pizza. A match made in heaven?

I thought he was joking, until he told me that he actually did this!! Check it out and let me know in your comments if it works out well... 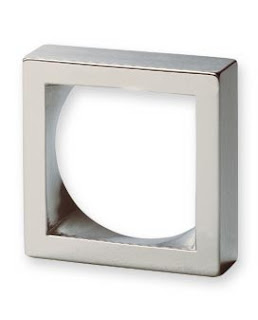 When at Verity, the claim was clear - 80% of the world's data is unstructured, so you need a way to search it - databases don't do the job! Get search software!

When at Y!, we launched a great new feature that allowed publishers to get more specific information into web search results - more power to publishers (who, hopefully, know more about their own content). The problem is - often, where there's a solution to a problem, the solution can create a new problem. Thus, search engines created SEO, leading to the proliferation of search spam!! Because of this, roll out of these publisher-centric features is sometimes tentative.

Google just rolled out Rich Snippets, which gives publishers more control over the metadata that's associated with their pages (adding structure to semi-structured information). With Custom Search, where the incentive to spam yourself and visitors to your own web site is lower (ha ha?), even more control...

Unlike a normal search engine, Google Squared doesn't find webpages about your topic — instead, it automatically fetches and organizes facts from across the Internet.

Full circle...or should I say square?
Posted by rajat.mukherjee at 11:14 AM 2 comments:

Seeing news of Watson, IBM's Jeopardy contestant, brings back some great memories - involvement with 2 super projects during my tenure at IBM's Watson research center - our software, including Network Dispatcher was used to provide scalability and load-balancing for the 1996 Atlanta Olympics and the Deep Blue vs. Kasparov chess match. (How can I forget the karaoke-on-demand trial in Tokyo, using our virtual shared disk system!?)
The Olympics server was the first time that Olympics results were live online - 14+ million queries a day was a LOT in those days, especially for dynamic pages.
There's one great thing about working for large companies - if lucky, you can be a part of big events - very exciting even if you're role is a small one.
I still remember trying to configure our software on IBM.com's SP2 server system (scheduled maintenance with down-time!! - that's a thunderstorm in today's cloud computing!!) in preparation for increased Olympics referral traffic to IBM - the web server logs were flying by and things were not working as planned - exciting and scary at the same time ...
Today, becoming the world chess champion, or the Jeopardy champ, or the next Jeeves is ... no big deal...
Who is going to be the quickest on the buzzer? Elementary, my dear Watson!
Posted by rajat.mukherjee at 11:53 AM 2 comments: 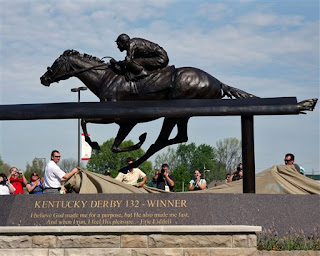 Something special was in the air last weekend - the dark horse, Mine That Bird, 50-1 underdog, came from behind to smash the rest of the field by 6 3/4 lengths (the most since 1946), reminding people eerily of Barbaro.
Was Barbaro's spirit in the air? His statue of suspended hyper-animation was unveiled recently at Churchill Downs, with his body entombed in the concrete. It so happens that Barbaro had won the same race by 6 1/2 lengths in 2006, before shattering his leg at the Preakness soon after, and suffering heroically for a while before being euthanized in 2007.
Barbaro had an email account for wishes. Several web sites were set up to honor the memories of his victory and fighting spirit during his rehabilitation.
The difference? Barbaro, apparently undefeated before the Kentucky Derby in 2006, had odds of 6-1. Mine That Bird? 50-1. But no longer the before the Preakness...
Email that dark horse your best wishes - all eyes will be on the Spirit of Barbaro!
Posted by rajat.mukherjee at 5:26 PM 2 comments:

When Apples get Soft! 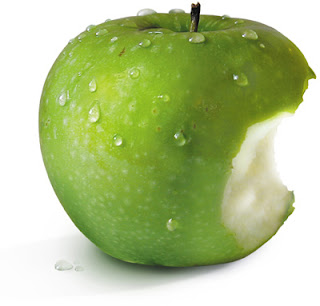 Sometimes, fruit that gets soft gets attention - those softening Apples may just get a few bites in them ....before they get really mushy...

Am I just not with it, or are Apple computers really expensive? I guess Apple figured they are expensive too, and are finally looking to nibble (byte) off a bit of the price tag - Finally!! I'll bet that even after that, an equivalent or "better" PC will be less expensive (I'm referring to the non-esoteric attributes like processor speed, screen size, memory, etc., and not karma, design, aluminum case, trip-proof power-cords, etc.), but let's give Apple some credit here for doing something specific about prices...

If the economy is not doing this, then Windows 7 is probably making its imminent presence felt - a drop in sales year-to-year is nothing for Apple to be happy about. And with rumors of an Apple Netbook or a new tablet (iPad instead of Newton?) that Steve Jobs is testing, and possible Netbooks running Android, this could be a good time to create a surge in demand beyond iPhone and iPod.

Of course, there are those that swear by Apple and will pay the premium - but the premium in this case has been a little too high to date ... given the news of price cuts, I'll keep an eye out for MacBooks...