High tech gets the boot!

My first “paid job” entailed writing software for one of the professors in the physical education department at Rice University. We did custom athletic modeling and animation using stick figures and motion vectors. There was not much available out-of-the-box then. I wrote programs on the Mac using Lightspeed Pascal, if I remember correctly. Interesting stuff. We actually presented this work at the AAHPERD conference in New Orleans! It may have even been my first publication!
I don’t remember how much I was paid, but I also bought that professor’s car later - my first car - a yellowTotota Corolla SR-5 hatchback that I called “Porsche 0.1” since it had one tenth the pickup of a Porsche - that's a motion vector for you!! Today, I see news about this really hi-tech Adidas soccer cleat that automatically records the motion stats of the athlete - speed, sprint times, distance, stride rates, ... - allowing coaches and athletes, and, of course, websites, fantasy leagues and commentators, to speak volumes of sports data!
These stats are important. Critical, in fact. Yesterday, I watched Barcelona win a Champions League fixture 5 - 0, and the stats (passes attempted - >700, passes completed ~87%) clearly represent Barca's total domination and the reasoning for the crushing win! More impressive, see the 10 stats with which Barcelona dominated Manchester United during the last Champions League final. 108 kms. run!! This entire story - the set of stats - could be automatically compiled for every game if they used the magic Adizero Mycoach (or equivalent) soccer cleats! That’s an activity stream for you! Remember, though, that there’s only one stat that really matters! How many times did the ball get in the net?
Posted by Unknown at 1:03 PM 1 comment: 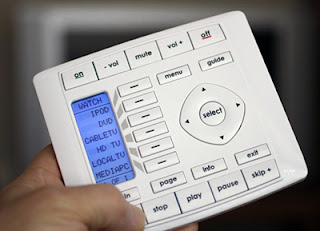 Over the last couple of years, I’ve canceled unused credit cards and consolidated accounts, to try and simplify life. It’s good to have online banking, bill pay, mortgage and brokerage under one account. I’d like to eventually move various 401ks (multiple jobs) to this account if I can. Multiple bank accounts don't make sense especially when there’s not much to bank :-). I’m gravitating to a single source. Park this thought!

We all know that despite all the great things said about it, open source is not necessarily better, or a de-facto winner. Linux had little success vs. Windows, Facebook is thriving in the walled garden, Blackberry had a berry successful run, and Google and Bing are not looking to open source their search algorithms. Android has had some success wrt. iOS, but iOS is still a formidable force and it is as proprietary as you get. Jedi!!

It appears then, that it is the strength of the ecosystem that drives success. IBM provided the entire banking stack and still milks the banking sector. IBM also provides a one-stop shop for all enterprise needs - databases, servers, biz applications, services. Apple has the whole stack -  OS, applications, app store, music, content, technology, ads. - the only big thing really missing is search. Google has brought together email, documents, spreadsheets with a powerful search platform as the core of your Internet existence and is now socializing these. Yahoo! had it all, until it dropped search on the floor and is now trying to pick itself up. Facebook, via its social platform, ownership of your profile, and communications stack is filling out the pieces of the ecosystem - Bing is temporarily serving its search needs.

The other player that just made a major play today - Amazon.

Today was an interesting day, as it seemed to indicate that the only players left standing at the end of the day will be the ones who can provide a significant bundle of value. Until there’s enough moss on the rolling stone, it will stay a hit single. Twitter is a hit single, being overwhelmed by FaceBook and (maybe) Google+, and may need to find a home soon. eBay will find it harder and harder to provide more value than Amazon. Flickr has been passed by Facebook. Netflix and HP just shot themselves in the foot last week. LinkedIn can be subsumed by Facebook Timeline, and become a one-trick pony - a recruiting tool. Hulu better get acquired quickly.

Today was an interesting day. Amazon may not be challenging the iPad with the Kindle Fire, but it is providing a rich system now - proxy-smart Silk browser, ecommerce, platform, cloud, your credit card, your buying patterns, your books, magazines, and last, but not least, movies. What’s missing? Search and the Phone!

Cable companies own a reasonable bundle, but they’re losing the content game, causing them to start responding to customer requests to provide the right content at the right price. Netflix figured out the distriution to devices, consoles, web-connected TVs and had a headstart on online premium content, but that’s tenuous now, as it loses content deals, and pisses off customers. No browser, no books, no commerce, no search - it could just be a one-trick pony, relegated lower than even Comcast - which now owns my phone, cable and Internet access. If Amazon can provide me a better movie library, I’d be happy to consider ousting Netflix.

I want to simplify - pay fewer bills, worry about less things, make life simpler. It comes from maturing (also called growing older). I no longer use vi and emacs, no longer write shell scripts (I don’t think I can anymore :-)). I’m a consumer now, and prefer to cut-n-paste, drag-n-drop, blog and Like. +1 that!

I am a consumer. I don’t care about open source. I want single source!
Posted by Unknown at 12:08 AM 2 comments: 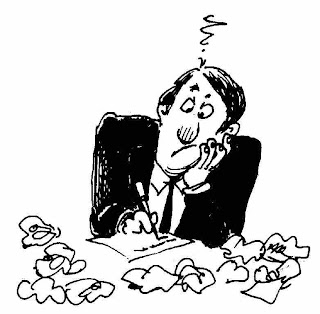 Last week, for those of you who care, there’s been a big brouhaha about conflicts of interest at TechCrunch, a group of self-proclaimed awesome journalists with ethical standards that can weather all sorts of conflicts of interest. Let’s not forget one-sided coverage on the CrunchPad, publication of confidential Twitter docs, washing dirty linen in public (expletives and all...), etc. You decide. But, read on ...

Also last week, I had a massive hour+-long “debate” with my teenage son about whether humans are just animals.

We covered various dimensions, such as DNA makeup, intelligence, thought, art, conceptualization, and at what point an “animal” starts on a journey to enlightenment that differentiates it in a magical new dimension.

Needless to say, neither of us gave in, and, while the rest of the family thought we were going to kill each other, no one won the “debate”. (Of course, I was right!)

Well, I should go back and start a new debate - are computers just as good as humans (and thus, just another kind of organism, or maybe even superior “beings”! :-))

Ever since people replaced people with machines, and people improved their creations, and made machines more and more in their own likeness, the barriers between the carbon-based life form, and a silicon-based life form are being eroded!

Deep Blue - Kasparov was one nail in the coffin. Wikipedia being the de facto compendium of information, Google instantly answering all the questions you may have, Wolfram Alpha solving math problems, Facebook obsoleting the need to meet anyone, and Watson effectively reaching the 3-second trigger barrier to beat the best Jeopardy organisms in the Universe -- have all but sealed the coffin.

Today, Dr. Watson just replaced some M.D. person in order to improve the consistency of diagnosis of the ailing human condition!

Also today comes the news that computers can write better than (or as well as) journalists, setting them up well on their way to the next Pulitzer (after having already waltzed their way to moviemaking history). Computers seem to have discovered the human element!

This is very timely :-) Let’s just replace TechCrunch’s “journalists” with Narrative Science bots, and see if it makes a difference!!

It’ll create a conflict of great interest!
Posted by Unknown at 3:43 PM 3 comments: