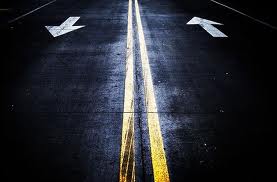 It has been exactly a month since my father passed away. I did not lose my father ... in some ways, I found him. We received amazing support during the last couple of months, and I’ve been thinking about the relationships we nurture.

Some relationships are like hyperlinks - they only go one way! Other relationships can be two-way streets, but sometimes there are only homes on one side of the street. Yet others are two-way, but there are expectations on both sides, like a toll you have to pay to enter the street. Try mapping these relationships to those in Twitter, LinkedIn, FaceBook and Google+.

A few relationships mature over time so that they are not only two-way, but more importantly, have few expectations on both sides. You can (almost) take them for granted. My relationship with my father was like this - at least that’s how I perceived it. Maybe he had expectations that I was not living up to, but I did not know of them.

These actions were unexpected, but they mattered!

Why can’t we all just get along intellectually?

I guess the natural instincts that go to work for an individual (envy, greed, self-preservation, ambition, etc.) also go to work for entities and institutions that are created by and composed of individuals - the hive mind is an extension of the mind?

I found it concurrently amusing and depressing when I saw the following contiguous pixels on a screen when visiting a site to read news about the Google Motorola deal.

A little more poking around the same site, and I uncover the following articles, all published on the same day:
It’s all about the patents! There’s often a specific patent or two that are immensely valuable (though sometimes, seemingly trivial to even be worthwhile), but these days, it is the arsenal of patents - called the patent portfolio - that really projects the power! IBM is the master of wielding this power.

Really interesting, how a few words on a piece of paper can be used to stop a specific activity, or seriously hobble it, and how, even when there seems to be fairness in placing these speedbumps to innovation or human endeavor, certain “settlements” can themselves look unjust when using a different lens/timeline. I’m sure the Winklevoss twins are kicking themselves for having “settled” with Facebook, and Yahoo! cannot, I imagine, forgive itself for having settled with Google for a rearview-paltry $400M (or thereabouts) for the Overture ads patent.

Aah … intellectual property!! I have an interesting personal patent-defense-related story, but I’ll leave that out for now...